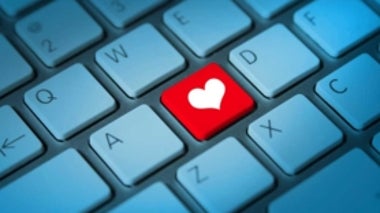 Commitment for Millennials: Is It Okay, Cupid?

From a glance at the statistics, it’s clear that millennials are commitment-phobes compared with their parents and grandparents 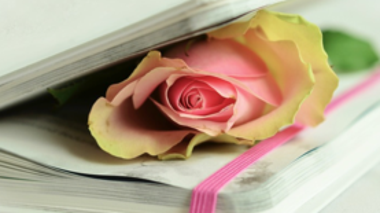 This Is Your Memory on Love

In case you didn't already know this, your brain on love is crazy 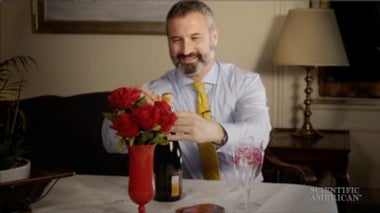 What Does It Mean When Your Heart Skips a Beat?

If seeing the one you love makes your heart skip a beat, should you see a cardiologist?

Men Are Attracted to Nonconformist Women

There Is a Fine Line between Love and Drunk

Oxytocin, known as the “love hormone,” has a dark side—and it looks like alcohol intoxication

How to Be a Better Spouse

Being nice, paying attention and praising a partner’s strengths all pay off in a long-term relationship

How to Be a Better Listener

Check your assumptions, be curious, suspend judgment and know when you’ve had enough

What Forms of Creativity Turn You On?

It’s no secret: creativity is sexy. People all over the world rank creativity as a highly desirable quality in a partner, and people who are creative across a variety of fields report more sexual partners (similar results have been found in specific fields such as visual art, music, and humor)...

Have You Had a 2-Body Problem? [Poll]

Why Romantic Illusions Are a Good Thing

Scientists believe that idealizing one's partner can work as a self-fulfilling prophecy, where illusion eventually becomes reality. That is to say, people can help to create the partners they wish they had, by exaggerating their virtues and minimizing their faults in their own minds...

Dating Services Tinker with the Algorithms of Love

Could Our Love of Dogs Obscure Their Most Important Parts?

Observing behavior can be part of loving dogs

In honor of Valentines Day, Id like to take a quick look at one of the most fundamental human emotions hate. Wait, that doesnt seem right.

February is the most anxious month. Every year at this time, I agonize over the Valentine’s Day Dilemma. What should I do to show my girlfriend, “Emily,” how much I love her?...

The World of Dog revolves around humans. If youre a companion dog, who you socialize with, when you frolic in the park, and whether or not you procreate are often determined by someone with two legs...

“What does woman want?” Freud once whined. Turns out quite a few women want fantasy sex with T. rex, Sasquatch or a boar-headed god.

Will "Love Will Keep Us Together" or is it true that "Love Is a Battlefield"? Whereas the topic of romance has provided limitless inspiration for artists, writers and musicians, scientists are just as fascinated by affairs of the heart, though they seldom sing about it...

Why Do We Use Pet Names in Relationships?

I have been called a little owl, a swan and even a "panda-fish." No, I'm not a supernatural, shape-shifting creature or a character in a children's storybook.

How To Craft An Empirically-Supported Marriage.

Many of you have likely noticed that I have been on an extended hiatus from blogging due to an especially crazy 2014, filled with lots of big events and life changes that have kept me exceptionally busy...

Discovering the Secrets of Long-Term Love

Optical Illusions and the Illusion of Love

How do we fool thee? Let us count the ways--that illusions play with our hearts and minds

Your Brain in Love

Why Do We Love Chocolate?

Our love affair with chocolate is nothing new, but in recent years scientists have tried to uncover the source of our cocoa cravings. Scientific American editor Dina Fine Maron digs through the available evidence, looking for a morsel of truth...