Formula E, the world’s only all-electric racing series, is in the midst of its fifth season. Scientific American interviewed Sylvain Filippi, managing director and chief technical officer of Virgin Racing, a British electric motor racing team, to learn more about the innerworkings of Formula E and how its technology might find its way into our everyday lives.

Formula E is at the cutting edge of automotive technology.

The cars in Formula E are by definition pure electric cars—no fossil fuel used here. Besides the main car components, such as chassis and suspension, which are similar to other top-level single-seater race cars, the main components of a Formula E car are the battery, the inverter, e-motor, gearbox, differential, high-voltage and low-voltage circuits, software, and control systems—together known as the powertrain. Bodywork parts and aerodynamics are the same for all teams. The technical roadmap set by the Fédération Internationale de l'Automobile (FIA) focuses on developing the powertrain to be as efficient as possible while being extremely lightweight. The idea is that the team that has the most efficient powertrain—using the least amount of energy per mile traveled—will have the fastest car.

Formula E cars have a way to go before they catch up with their Formula One rivals. But the Formula E technology is improving fast. 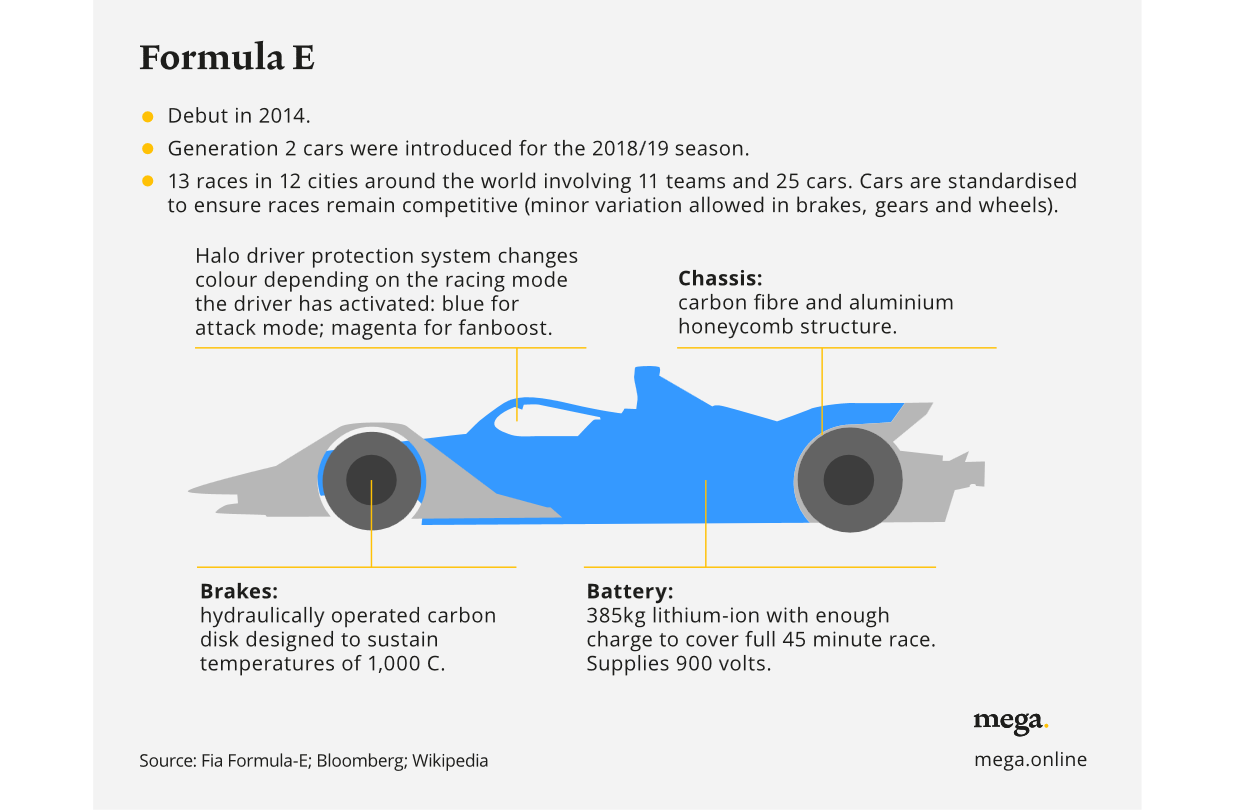 In Season 1 back in 2014, all teams were using the same cars, to get the championship launched rapidly. From Season 2 onwards, the regulations opened up and allowed teams and manufacturers to design their own powertrain. Over the course of the past three seasons, the race power has gone from 150 to 180 kilowatts (kW) while the [power allowed during qualifying runs] is 200 kW. In the same period, the weight of the powertrains reduced by at least 20 kilograms and overall system efficiency improved dramatically, allowing the cars to achieve much faster lap times even though they all had the same amount of energy available—28 kilowatt hours.

The latest generation of racing cars is more powerful and longer lasting.

Our “Gen 2” car features a brand new chassis design, battery and powertrain. The amount of energy stored is almost double, from 28 to 52 kWh, and the power output is increasing yet again, from 180 to 200 kW race power and 200 to 250 kW qualifying power. The major change is that, given the increase in energy capacity, we no longer require two cars per driver with a pit stop in the middle of the race. The drivers will now be able to cover the entire race distance [45 minutes plus one lap] with only one car. Given that the power levels are increasing, you can easily deduce that it meant increasing even further the efficiency of the powertrain. All these developments are very exciting as they pave the way for the next generation of electric road cars that will not only be very fun to drive but will also feature a much improved range. 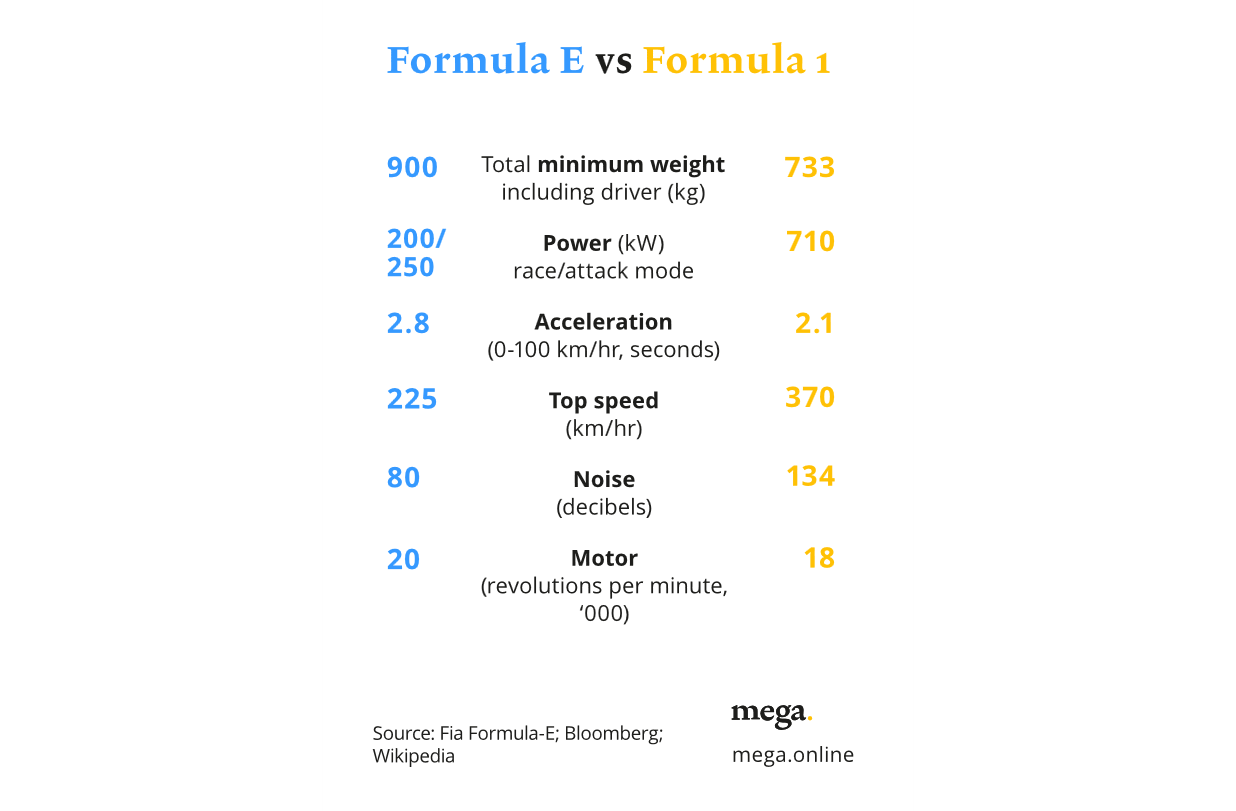 The technology is moving quickly from Formula E to road cars.

Most of the major car manufacturers and suppliers are now involved in the championship, and are using the race car development programs as a testbed for very advanced technologies that—once proven on the race track—will trickle down to road car production. This is why the FIA technical roadmap is focused on powertrain efficiency [which] is highly relevant to what car manufacturers are developing for their road cars: very efficient powertrains. This means that electric vehicles will be able to travel further for a given amount of energy stored in the battery. Since the energy density of batteries is also increasing, the range of electric cars on the road is increasing rapidly, making them a fully viable alternative to fossil fuel-based cars.

And the technology isn’t just for cars.

There have always been crossovers between motorsport and the aerospace industry, and this is something we could see in the future with Formula E. The aviation industry is starting to think about hybrid/electric planes, which will be a perfect application for the lightweight, high-power-density e-motors and inverters being developed in Formula E. Software and control systems are also an area of Formula E where many innovations take place, which will benefit the wider connected mobility solutions of the future.

There’s the wide topic of smart electric mobility, such as the advances in renewable energy, connected and autonomous vehicles, and smart cities. The combination of all these fields of work will result in smart and integrated transport systems that will dramatically improve people’s lives.