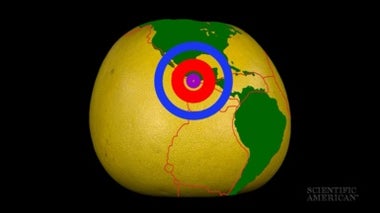 How Do Earthquake-Warning Systems Work?

Earthquake-warning systems save lives by detecting the first signs of shaking. 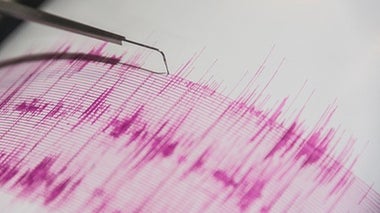 The ability to forecast temblors would be a tectonic shift in seismology. But is it a pipe dream? A seismologist is conducting machine-learning experiments to find out 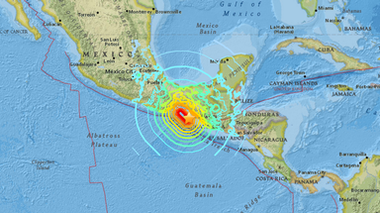 Why the Giant Mexican Earthquake Happened

Thursday night's quake, near an undersea crust collision zone, was the strongest to hit Mexico in a century

'Domino' Earthquakes Could Be Deadly

Thanks to their GPS systems, smartphones in an array could pick up movements indicating the onset of an earthquake and provide extra seconds of early warning. Cynthia Graber reports

Can Mobile Phone Networks Be Improved to Better Cope with Emergencies?

Cell coverage can be spotty immediately following events like this week's earthquake, rendering many handsets useless for contacting family and friends. New technologies may provide a solution...

Could a big earthquake reduce Manhattan to rubble someday?

Did the earthquake that spawned the recent Indian Ocean tsunami affect the earth's rotation?

Scientists are increasingly confident about the link between earthquakes and oil and gas production, yet regulators are slow to react

An earthquake in Indonesia can mean future tremors in California. David Biello reports

Faulty Justice: Italian Earthquake Scientist Speaks Out against His Conviction

How do earthquakes stop?

David Oglesby, a geophysicist at the University of California, Riverside, shakes out a response.

How Does an Earthquake Trigger Tsunamis Thousands of Kilometers Away?

As Japan suffered the worst earthquake in the country's recorded history, tsunami waves fanned out across the Pacific Ocean at the speed of a jetliner

Congress is grappling with the benefits and risks of using Facebook, Twitter and other social media during emergencies

Shaking struck near Kathmandu, where buildings collapsed and thousands are feared dead

Motion Pictured: How an Earthquake Warps a Landscape

A team of geologists from the U.S., Mexico and China are using light detection and ranging (LiDAR) laser altimetry to study how an earthquake can change a landscape.

Multiple tiny earthquakes rattle Yellowstone. Could the big one be far behind?

Any disaster fiend will tell you that Yellowstone National Park is long overdue for a monster eruption that could leave as much as half the U.S. under a blanket of ash.

Did a big wave hit the Big Apple way back when? Scientists say a tsunami struck the New York City area 2,300 years ago, possibly as a result of a meteorite crashing into the Atlantic Ocean...

If so, California’s “natural” quakes may be less frequent than thought

By analyzing earthquakes when and where they strike, a computerized system could save lives

The tragedy in Turkey may aid earthquake forecasting

The Threat of Silent Earthquakes

A lack of rumbling does not necessarily make an earthquake harmless. Some of the quiet types could presage devastating tsunamis or larger, ground-shaking shocks

Triggered Swarms: How Big Quakes Can Cause Small Quakes Far Away

A quake in Alaska sets off a series of rumbles in the U.S.

In the tragic aftermath of the Indian Ocean tsunami of December 2004, scientists and warning centers are now better equipped to forecast and model these monstrous waves

What conditions are necessary for an underwater earthquake or volcanic eruption to cause a tsunami?

Why Was New Zealand's Latest Earthquake So Deadly?

Christchurch copes with a tragedy it did not see coming