Birth of a Bond: Illustrating a Year of Mother and Baby Development

From embryo to infancy, biologically accurate illustrations from theVisualMD.com illuminate changes in mother and baby as the two grow and develop together 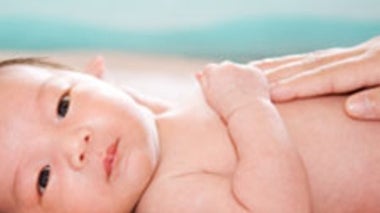 Many mothers continue to have depressive symptoms well into their child's youth, which can have lasting impacts on their children's development, but new research shows short therapy sessions can improve outlook...

Beyond Birth: A Child's Cells May Help or Harm the Mother Long after Delivery

In addition to all of the nutrients flowing from mother to fetus, some of the developing child's cells pass back into the mother's body. New research shows how this fetal microchimerism may affect long-term health...

How smiles—and pouts—are helping researchers probe the essence of the complex mother-infant bond.

Newborns Can Bond to a "Mother" from a Different Species

The Pregnant Brain as a Revving Race Car

Mothers-to-be get better at recognizing emotions

When Does Consciousness Arise in Human Babies?

Does sentience appear in the womb, at birth or during early childhood?

A deep despair mars the first year of motherhood for as many as one in five women. Without treatment, postpartum depression can weaken critical bonds between a mother and her child

Your Cells Are My Cells

Many, perhaps all, people harbor a small number of cells from genetically different individuals--from their mothers and, for women who have been pregnant, from their children. What in the world do these foreigners do in the body?...

Adults have to engage in baby talk, regardless of the language they speak, so that babies can learn to talk like adults. Kevin Begos reports.

Got Smarts? Mother's Milk May Pump Up Baby's IQ

According to new research, that's if the suckling infant has a certain version of a gene that helps process fatty acids

Is Baby's Stress Inherited from the Parents?

A gene may affect infant anxiety, but good parenting can overrule it

Feeding infants with breast milk has been shown to improve baby health and even IQ, but the benefits of breastfeeding also appear to stay with mothers for years to come, lowering risks of cardiovascular disease and cancer...

Does breast-feeding tune your brain to your baby?