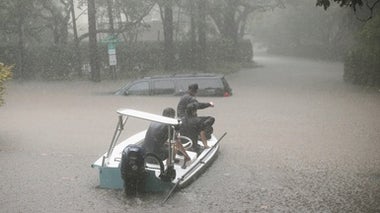 Hurricane Harvey: Why Is It So Extreme?

How did the storm rapidly blow up from Category 1 to 4, why is it so stuck over Houston, how can it possibly produce so much rain? And more 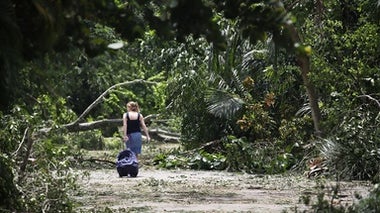 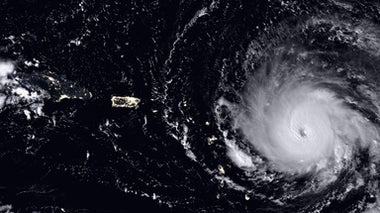 Just How Strong Is Hurricane Irma?

Here’s how Irma compares with Katrina, Patricia, Haiyan and other record holders

Hurricane Harvey: Houston Has No Quick Way to Get Rid of Floodwater

Ask the Experts: How Did 2 Such Powerful Hurricanes Occur Back to Back?

Both Harvey and Irma intensified due to perfect storm conditions

Drone pilots say they can save lives, but emergency responders want them grounded

Why do hurricanes hit the East Coast of the U.S. but never the West Coast?

Hurricanes do form in the Pacific Ocean, just as they do in the Atlantic, but none of these storms seem to reach the continental U.S. Why not?

Tropical cyclones like Irene are predicted to be more powerful this year, thanks to natural conditions, but researchers disagree on how to rate that intensity

Hurricane season begins in May and lasts through November, producing dozens of powerful hurricanes. In this episode of Instant Egghead, Scientific American editor Mark Fischetti explains how these massive storms get their start...

Wetlands Could Save Cities--and Money, Too

Why do we have a hurricane season?

A lack of clean drinking water, the spread of disease and mosquito breeding grounds are just some of the potential problems

September 2, 2017 — Neil S. Grigg and The Conversation US
Weather

6 Rules for Rebuilding After Harvey and Irma

In an era of catastrophic weather, institutions—like agencies that manage storm barriers—as well as infrastructure must be redesigned

September 8, 2017 — Thaddeus R. Miller, Mikhail Chester and The Conversation US