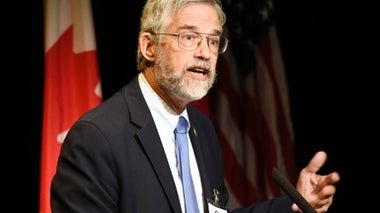 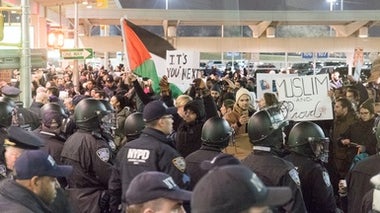 The second-year resident worries what will happen to his patients 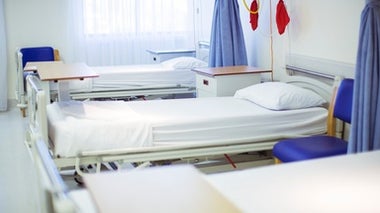 Anxiety Mounts at National Labs Over Future of Climate Research

Order barring citizens of seven countries from entering the U.S. has left many confused and afraid

Scientists Find a Voice at Massive Rally for Immigrants

Students, doctors and researchers join a big protest in the academic hub of Boston

Scientists from all over the country are calling for an end to a immigration ban that could potentially affect thousands of scientists working in the U.S.

Anonymous accounts are purportedly linked to NASA, National Parks and other agencies

Scientists Are Planning the Next Big Washington March

The War on Facts Is a War on Democracy

In a time when facts don’t matter, and science is being muzzled, American democracy is the real victim

A source at the EPA said the agency’s Office of General Counsel is now "walking through pages on the site" to see what is legally removable, and what legally needs to remain...

But some scientists still say an unprecedented clampdown may be underway

Trump's First Strong Words on Obamacare May Have Weak Impact

But dropping the appeal of a lawsuit would immediately end cost-sharing help for up to six million people and would almost certainly send the insurance market for individuals into chaos...

NPS employees have a message for the Trump Administration

The curbs echo what happened in Canada six years ago

Tillerson Is One Step Closer to Becoming Secretary of State

What Could Replace the Clean Power Plan?

If Trump Keeps His Promise on Paid Family Leave, Will Working Women Feel They Can Take It?

From stem-cell law to national monuments, the president-elect has myriad opportunities to transform the research landscape

NIH Director Francis Collins to Stay On under Trump, for Now

The 45th president may still name a different permanent director

If the new president delays climate action as promised, the world is far more likely to miss its Paris agreement goals

Think Trump Will Be More Inclusive after Winning?

Behavioral research suggests the answer is probably no

Pruitt Says He Backs Biofuels Program, but Is Open to Tweaks

Trump's choice to lead the Environmental Protection Agency tells Senate he would honor the intent of the U.S. Renewable Fuel Standard

The president-elect has taken what is widely seen as a hostile stance toward the scientific community. Here’s why

The nation’s public health agency is battling on several fronts, including an Obamacare repeal

Rep. Tom Price can expect some tough questions from his Senate interrogators

Prediction of Climate Change Impacts Not as "Limited" as Tillerson Suggests

Will Trump's Climate Team Accept Any "Social Cost of Carbon"?

The nation’s top science panel has just sketched a clearer way to set a fair price today for cutting tomorrow’s climate risks—and some of Trump’s advisers say the price should be zero ...

Trump's Pick for Secretary of State Backs Paris Climate Accord

Like the president-elect, Robert Kennedy, Jr., has pushed arguments of a link to autism

Trump and Congress Could Halt State Action on Climate

Trump's Doctor Speaks Out about His Most Famous Patient

"It never occurred to me that he was the oldest president"

Back up data and speak out ahead of next month’s inauguration, they advise

California Gov. Jerry Brown gives strategy tips at huge research meeting; some scientists think there are opportunities they can seize

The ex-governor championed radioactive refuse storage in Texas, and would be in the thick of the issue as energy secretary

Zinke wants to keep federal lands in the hands of the government, believes that “something is going on” with the climate and embraces of an “all of the above” energy policy...

Researchers are reaching out to the U.S. president-elect with science advice—and criticism

In the famous “Oops!” moment that helped scuttle his presidential run, Perry forgot the name of Energy Department

Could Ben Carson Be Just What the Doctor Ordered for HUD?

If approved by the Senate, Cathy McMorris Rogers would oversee energy resource development on public lands

The president-elect's pick for HHS head supports such a change

Despite concerns over Scott Pruitt’s record of opposing ethanol, experts say the renewable-fuel program is on safe ground

Economic woes wrought by globalization are only part of the cause.

Jim O'Neill is not a physician, but he speaks frequently at biotech industry meetings

How Donald Trump Can Become the Greatest Leader Ever

A science writer urges the President-elect to make world peace his number-one mission.

The new administration will likely defang efforts to enforce Net neutrality and online privacy protections, and potentially ramp up domestic and international surveillance

Trump's Presidency Will Be a Disaster for Public Education

The Keystone XL pipeline and new coal leases could be green-lighted quickly, but other efforts will take time

What Trump Will Mean for Air Travel

He hasn't said much, but his influence on the industry could be profound

The new administration will likely shift NASA resources away from Earth exploration and into deep space. But many questions remain about how the agency will be led and funded

The incoming administration could quickly withdraw the U.S. from international climate change agreements, but domestic change is likely slower

The president-elect could initiate a massive transformation of health care—including birth control funding. But without a replacement plan ready, lawmakers may hesitate to repeal Obamacare anytime soon...

Funding for the act, which aims to speed approval of new drugs and devices, may be in jeopardy

The Meaning of Scientific "Truth" in the Presidential Election

Factual beliefs on climate change, evolution, and the like are most often symbols used to communicate membership in and loyalty to groups embroiled in a competition for social status.

Under Trump, NASA May Turn a Blind Eye to Climate Change

Will the Rust Belt Stick with Coal Under Trump?

Market forces, not politics, will likely lessen the region’s reliance on coal

The Politics of Hope: Donald Trump as an Entrepreneur of Identity

2 Major Environment Policies Will Be Hard for Trump to Undo

Rules on power plant emissions and clean water have some staying power, but other regulations are easier targets

National Institutes of Health Director Francis Collins talks about the future of the NIH in light of the election.

Dan Rather: Now, More Than Ever, We Must Stand Up for Science

The Trump administration is outlining policies that put our response to climate change in deep jeopardy and threaten to change the fundamental direction of science in the U.S.

Obama Presses Ahead with Plans for Deep Emissions Cuts

The administration released its strategy at the UN climate talks for cutting U.S. emissions more than 80 percent by mid-century

The victor’s opinions about 20 subjects, from climate change to public health

How Quickly Could Obamacare Be Erased?

Richard Dawkins and Other Prominent Scientists React to Trump’s Win

What the election results mean for science, in gut responses from Scientific American’s Board of Advisers

How Scientists Reacted to the U.S. Election Results

Eight worrisome climate patterns are well underway, regardless of politics

Grading the Presidential Candidates on Science

It's possible, but tricky, and could undermine global cooperation on other issues

What Trump's Surprise Victory Could Mean for Science

Yes, Trump Is Scary, but Don't Lose Faith in Progress

In spite of occasional backward lurches, like Trump's election, humanity should keep getting healthier, wealthier, more peaceful and more free.

Trump's Victory and the Neuroscience of Rage

Trump's Plans to Shake Up the Tech World

Look for the president-elect to pick a new FCC chairman, limit online privacy protections and stem the flow of tech talent from other countries...

Climate Trumps Everything, No Matter Who Is President

Donald Trump should pursue climate action to achieve his own economic, jobs and competitiveness goals

What the 2016 Election Results Mean for Health

Voters sent some strong signals on marijuana use and assisted suicide

The Hyper-Polarization of America

This year's campaign might be the worst yet, but the anger and divisiveness didn't start with Trump and Clinton—and it won't end anytime soon

But China could push back if U.S. seeks to renege

Priorities at the NIH, the BRAIN Initiative, drug price controls and more initiatives could shift in major ways

Voter Embarrassment about Trump Support May Have Messed Up Poll Predictions

Trump's Victory and the Politics of Resentment

A political scientist’s research explains a lot about why true-blue Wisconsin turned red in 2016, and about the mood of rural and small town America

No Plan B at Climate Talks, Given Trump Win

Donald Trump’s Lack of Respect for Science Is Alarming

The U.S. presidential election shows how far the political conversation has degenerated from the nation's founding principles of truth and evidence

Trump is driven by one thing and one thing only: the search for glory