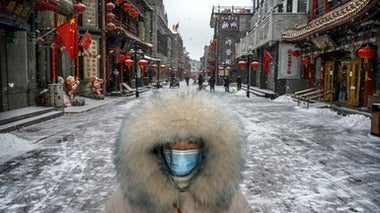 They aim for clarity amid confusion surrounding the outbreak 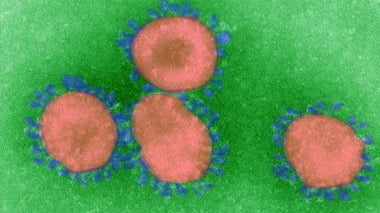 How Coronaviruses Cause Infection—from Colds to Deadly Pneumonia 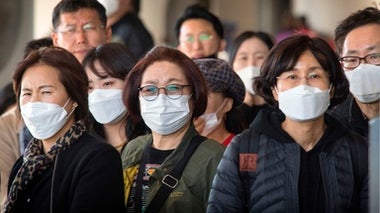 Will the New Coronavirus Keep Spreading or Not? You Have to Know One Little Number

Whenever there’s a new outbreak, scientists rush to calculate a number called R0, or R-naught

Disease Caused by the Novel Coronavirus Officially Has a Name: COVID-19

Despite flimsy evidence, trying these drugs in humans is the only way to know if they will work against COVID-19

Novel Coronavirus Is a Reminder: The Best Defense against a New Viral Outbreak Is Early Detection

Infectious disease surveillance networks already exist, but they can be highly porous

CDC officials raised the possibility that the coronavirus could become a pandemic, but hoped it would not be

The declaration was made because of the risk the virus poses to countries outside China, where limited person-to-person spread has occurred

Want to Prevent Another Coronavirus Epidemic?

The Coronavirus Questions That Scientists Are Racing to Answer

Although scientists have learned a lot so far, there is still much they do not know about the novel virus spreading in China and other countries

If the virus cannot be contained, it could start regularly circulating in the population like other common respiratory viruses

China’s Citywide Quarantines: Are They Ethical and Effective?

The patient had recently returned to Chicago from Wuhan

Some Scientists Skeptical about Snakes Spreading New Virus in China

A genetic analysis suggests a reptilian reservoir, but researchers doubt the coronavirus could have originated in animals other than birds or mammals

The agency’s director-general said it is an emergency in China, but not yet globally

Federal disease agency director Anthony Fauci discusses the novel pathogen that has, so far, sickened hundreds in Asia and one person in the U.S.

The new coronavirus has sickened people in several countries, and there has been at least one confirmed case of human-to-human transmission

The virus behind an outbreak that has sickened at least 59 people in Wuhan is thought to be a ​type of coronavirus, the family that includes SARS and MERS